travel @ your own risk !

get yourself aquainted with the scale your insignificance here: http://htwins.net/scale2/ (flash required) 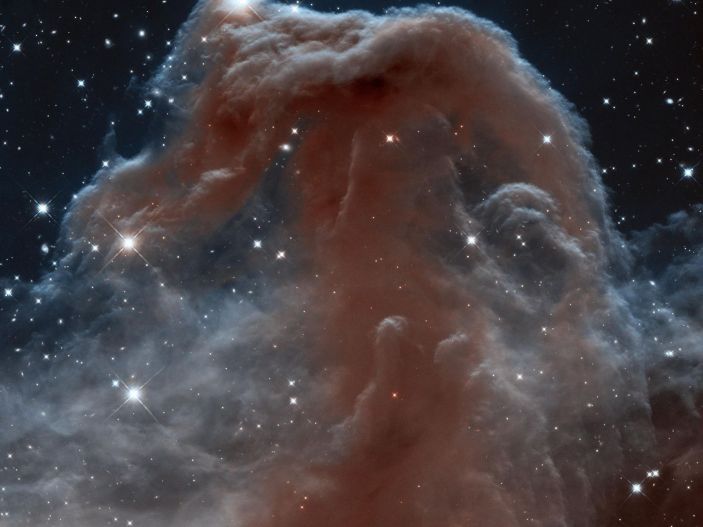 NASA’s Hubble Space Telescope captures the Horsehead nebula, one of the most photographed formations in the universe, in infrared wavelengths. The tip of the pillar has a slightly higher density of hydrogen and helium, and is laced with dust. This casts a shadow, protecting material behind it from being photo-evaporated.

Astronomers estimate that the Horsehead formation has about 5 million years left before it disintegrates.

In W5, this star forming region, the oldest stars can be seen as blue dots in the centers of the two hollow cavities. Younger stars line the rims of the cavities, and some can be seen as pink dots at the tips of the elephant-trunk-like pillars. The white areas are where the youngest stars are forming. Red shows heated dust that pervades the region’s cavities, while green highlights dense clouds.

W5 spans an area of sky equivalent to four full moons and is about 6,500 light-years away in the constellation Cassiopeia. The Spitzer picture was taken over a period of 24 earth hours.

This image contains some of the best evidence yet for the triggered star-formation theory. Scientists analyzing the photo have been able to show that the ages of the stars become progressively and systematically younger with distance from the center of the cavities.’ 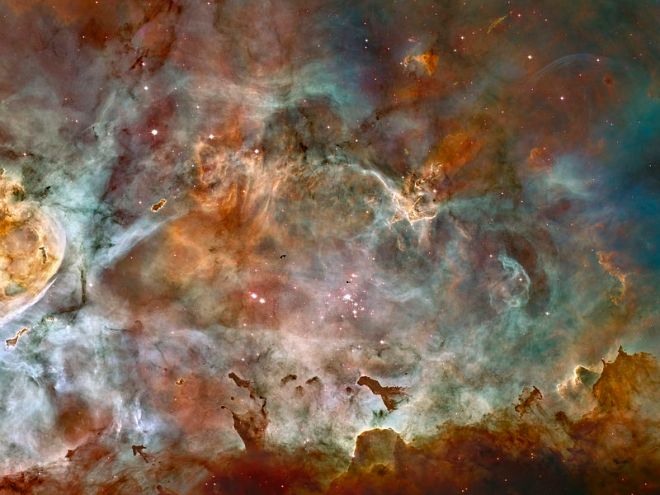 A term for a beautiful region in the Carina Nebula capured by Hubble. This cosmic pinnacle is a nursery for baby stars about 7500 light years from Earth. Fast winds and scorching radiation from the super-hot newborn stars give the mystical mountain its striking structure. Hot, ionised gas can be seen streaming off the ridges and wisps of gas and dust, illumiated by starlight. The denser parts of the pillar resist erosion from radiation.

Inside the dense mountain are fledgling (baby) stars. The long gets of gas, one at the top of the image and the other near the center,, (HH 901 and HH 902) are evidence of new star birth. The swirling gas and dust around the young stars allow material to slowly build up along the stellar surfaces.

Carina’s landscape is sculpted by the winds and ultraviolet radiation from the monster stars that live in this inferno. The nebula contains at least a dozen brilliant stars that are estimated to be at least 50-100x the mass of our Sun. See the following image of the ‘South Pillar’ region captured by the Spitzer Telescope: 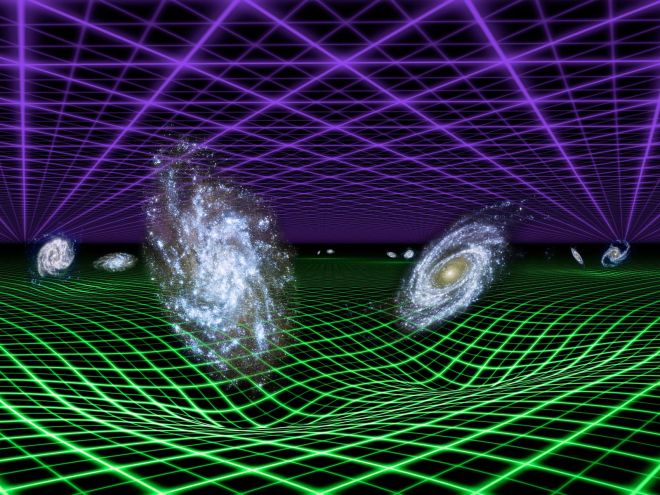 ‘In 1998 scientists discovered that the universe is not only expanding, but that its expansion is accelerating.

In this artist’s conception, dark energy is represented by the purple grid above, and gravity by the green grid below.

This totally unexpected behavior has been called the “most profound problem” in physics, because our current understanding of gravity says that attractions between mass in the universe should be causing the expansion to slow down.

The leading theory to explain the accelerating expansion is the existence of a hypothetical repulsive force called dark energy.

Massimo Villata, an astrophysicist at the Observatory of Turin in Italy, suggests the effects attributed to dark energy are actually due to a kind of “antigravity” created when normal matter and antimatter repel one another.

According to Villata, the keys to accelerated expansion lie in large-scale voids that are seen scattered throughout the cosmos.

These holes in our map of the universe—which can each be millions of light-years wide—are inexplicably empty of galaxies and galaxy clusters. The nearest hole to us is called the Local Void, bordering the Virgo supercluster of galaxies.’